What is the most powerful flashlight? To answer this question, we will look at flashlights that produce the most lumens. We will exclude spotlights, which traditionally produce very powerful light beams, and instead focus specifically on determining what the brightest handheld flashlight is.

The main metric used to determine most powerful flashlight is the amount of lumen level the flashlight produces. Lumen (lm), or luminous flux, is the measure of the total “amount” of visible light emitted by a source. Typical household flashlights range in brightness from 10 to 100 lumens, which is a perfect range of brightness for merely walking around a dark house, however, sometimes you need more light…a lot more light! Perfect examples would be for hunting or sailing, where you might need to light up a large area with a lot of light, or perhaps even for self-defense purposes where you can temporarily blind a potential attacker with a bright beam of light directly aimed at their eyes. 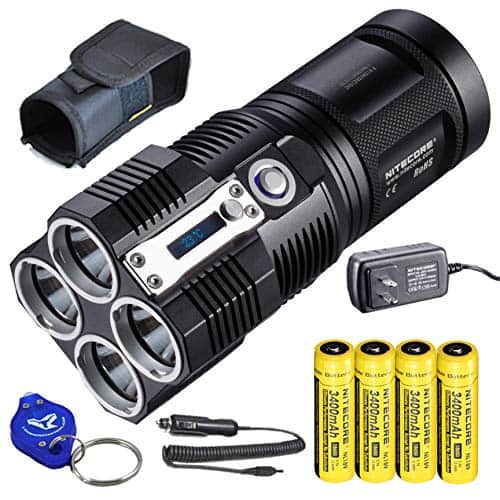 We start right off with the most powerful flashlight, the Nitecore Tiny Monster TM26 flashlight that produces an unbelievable 3800 lm! This flashlight uses a CREE XM-L2 U2 LED bulb and is powered by four Nitecore 3400mAH NL189 18650 rechargeable batteries. The brightness is adjustable to five levels, namely

We noted from users’ reviews that there might be some potential issues with the rechargeable batteries. While it produces an incredible high-output light, users commented that the flashlight giving an ERROR message on the OLED display when they tried to recharge the batteries. The Nitecore Tiny Monster TM26 is the brightest handheld flashlight on our list of the most powerful flashlights. 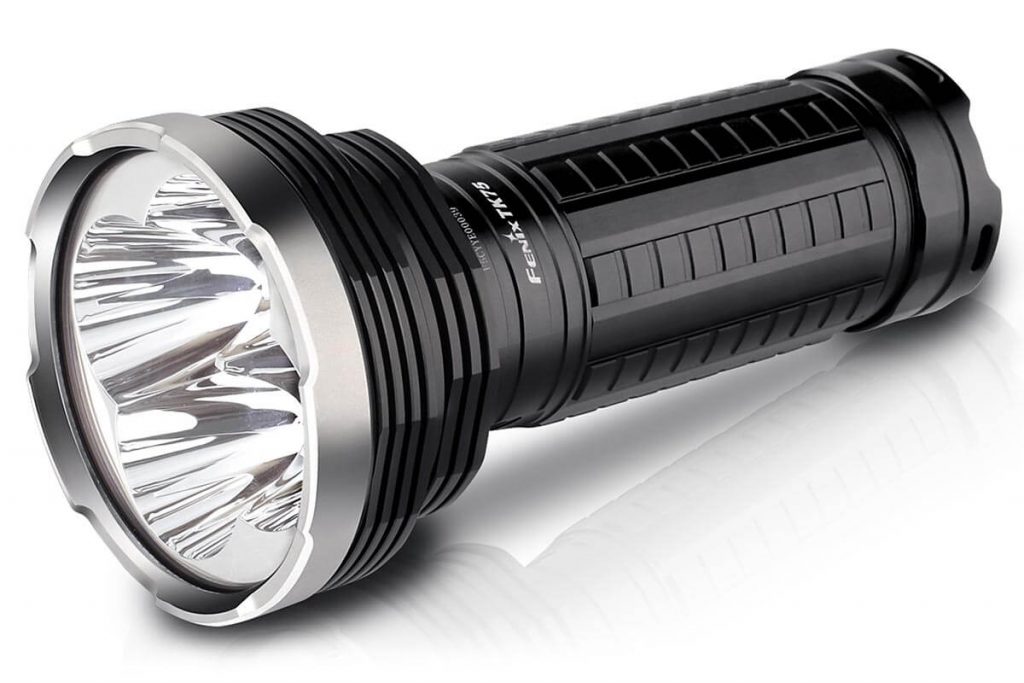 The FENIX TK75 L2 flashlight produces a blinding 2900 lumens! This flashlight uses a CREE XM-L2 U2 LED bulb and is powered by four Nitecore 3400mAH NL189 18650 rechargeable batteries. The brightness is adjustable to four levels, namely

All the users who have bought this flashlight have given it a rating of 5 out of 5!

The strobe function can function at 2200 lm, which will last the batteries at 150 mins.
This flashlight uses the Luminus SST-90 LED bulb and is powered by a pack of six rechargeable 18650 7.2V batteries.

This MagicShine flashlight also produces 2200 lm, but what makes this flashlight different is that it is a waterproof flashlight (up to a 100m) designed to be used for scuba diving. The flashlight is manufactured from 6061-T6 Aluminum alloy, which is typically used in the construction of such things as aircraft and yacht structures. It uses an SST-90 LED bulb and is powered by eight built-in 8800mAH 18650 BAK Li-ion batteries, which should last 1.7 hrs at maximum usage. This flashlight has some interesting features, which includes:

Users’ comments on this flashlight are mixed, with a number of users commenting that the build quality is not up to standard and that they are not happy with the flashlights. 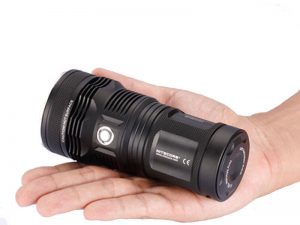 Nitecore’s TM11 Tiny Monster is a small little flashlight, which measures at 8 x 4 x 5 inches and weighs 1.4 pounds, but produces 2000 lumens! The flashlight uses three CREE XM-L LED bulbs and is powered by either 18650 Li-ion batteries or CR123 batteries (it is compatible with both).

Overall users who have bought and used this flashlight has given it a decent rating of an average of 4 out of 5. Users have commented that it is well made and designed. Some users have noted that this flashlight is more effective near field use than far-field use; and that the button is a bit difficult to find, especially if you have gloves on.

What do you think? What is the most powerful flashlight? Please share your thoughts in the comments section below, or if you have found this article useful please share it on your favorite social network. 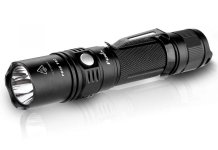 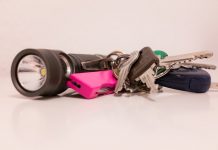 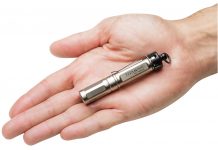 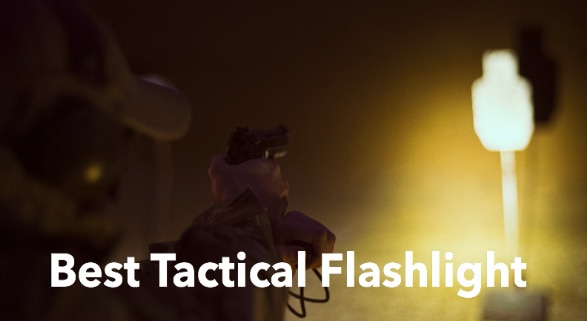 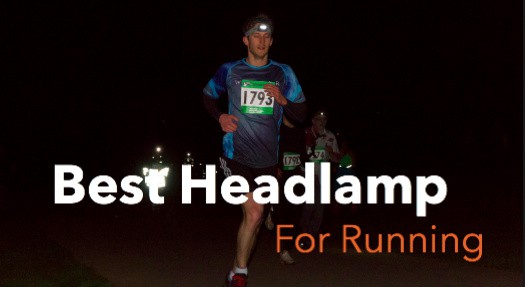 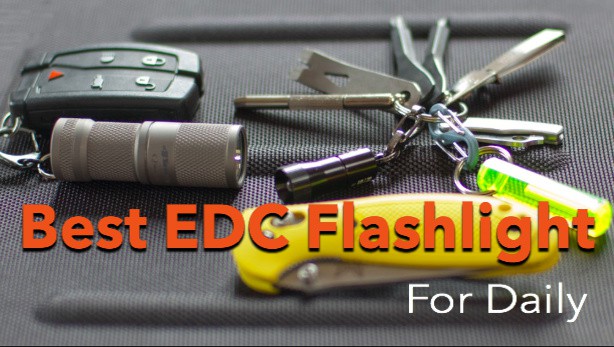 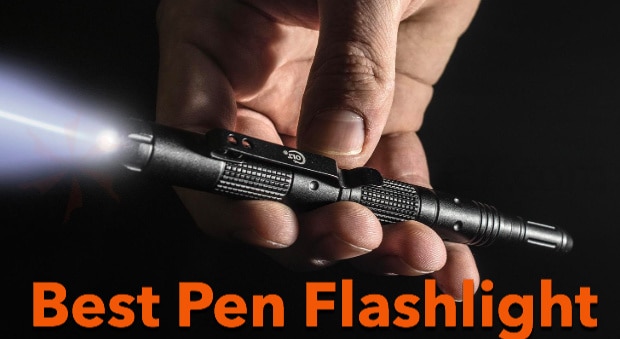 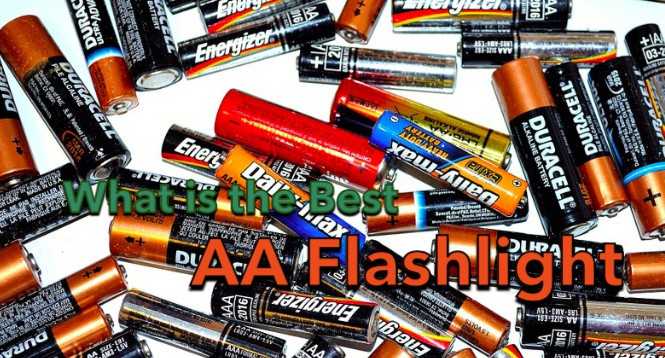